There are no wall posts here yet.

4 months ago
My application is not accepted/rejected

My application is not accepted/rejected

Guess who's not going to be a staff member

Bumping this, wanna start to work on it again. 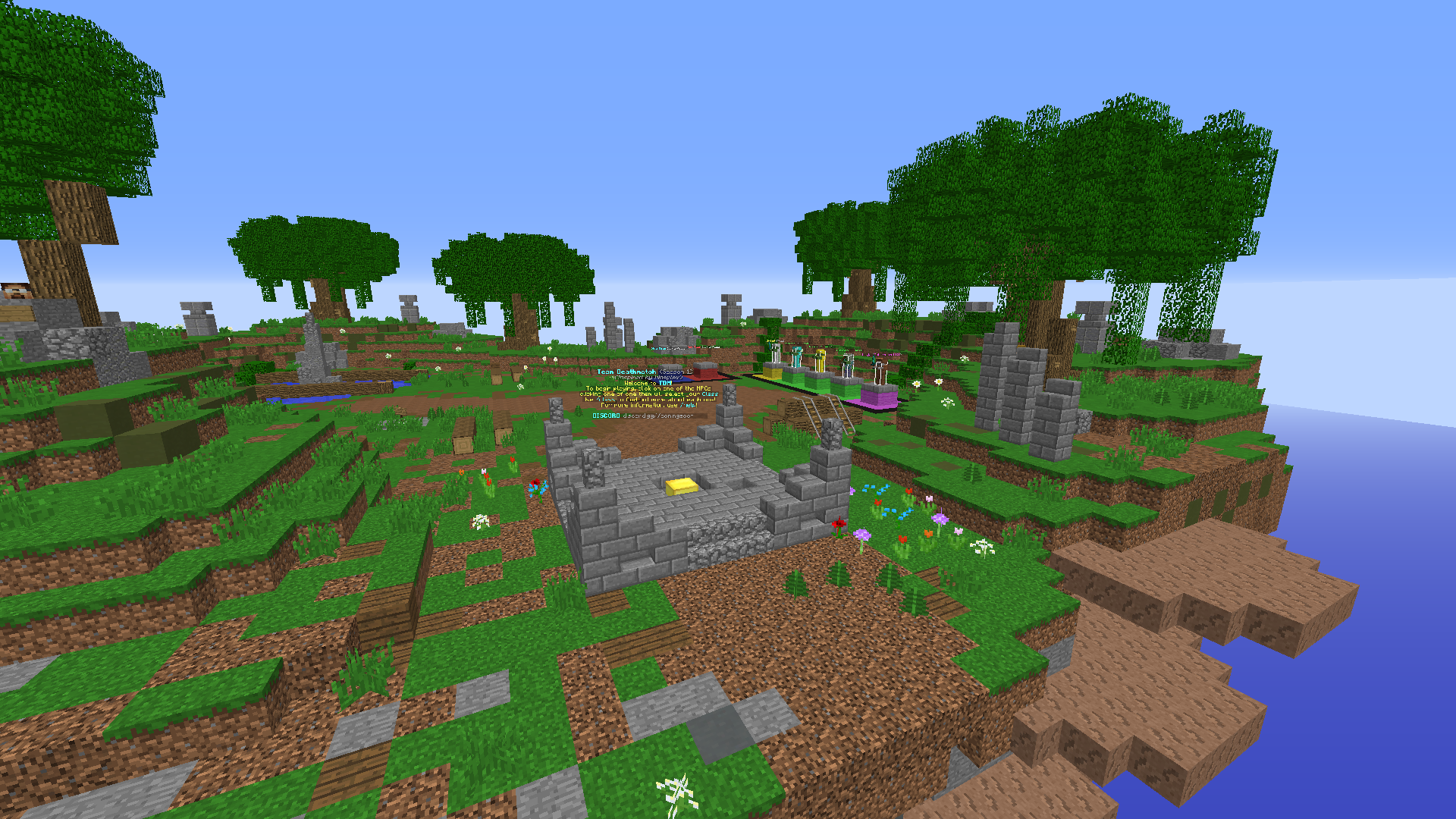 Hello gamers, my name is HunterLux and I'm the creator of the PlayerServer named "TDM", which is short for "Team Deathmatch". This server is inspired by the famous Mineplex minigame, "Champions: Team Deathmatch". I'd like to thank you for clicking on this post, and hope that you'll enjoy reading about TDM, and perhaps when it's done, might even join it!

The main goal of Team Deathmatch (will refer to it as TDM) is to kill all of the players on the enemy team. If this is not accomplished within 3 minutes, the map border will begin to close on the players, forcing them to initiate a fight.
Throughout each map there are 2 chest powerups, walking upon one of them will refill your hotbar. Remember that campers can be common, but as long as you keep your distance, you can wait for the border of the map to do the job for you and win the game! 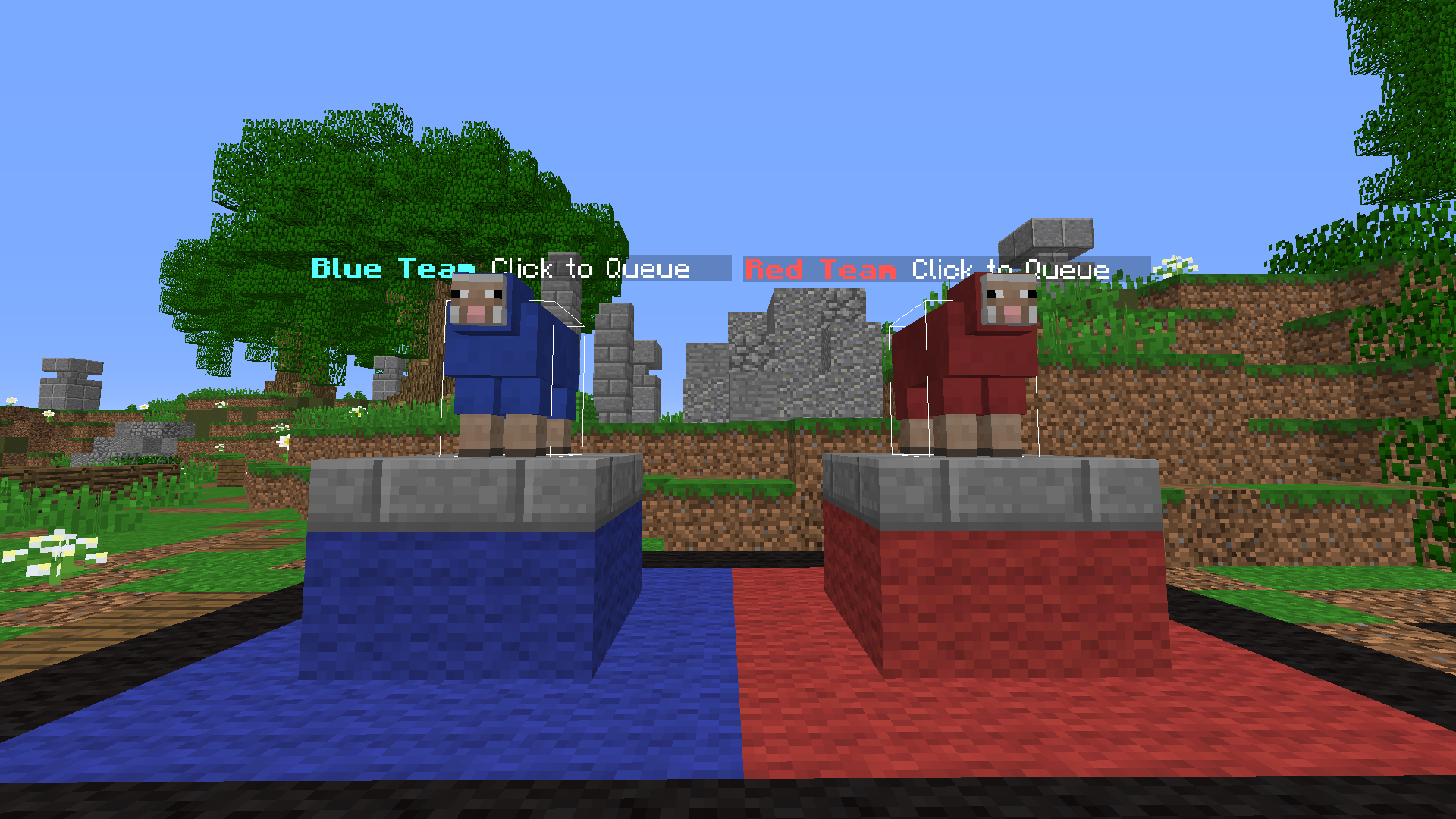 In the spawn area, you can pick your class of choice. To queue for the game, you must queue for a team of your choice: The Red Team or the Blue Team. Failing to queueing for a team would result in you not entering a match! Each team can have a maximum of 5 members, whereas the minimum is 1 player, which means a match could start with 2 to 10 players. Due to that, if the server has above 10 players who want to play, you must remember that you might not always be fast enough to queue before the others.

Once the game starts, each team will spawn in their base on opposite sides of the map. Your goal is to kill all of the other team, before they kill your whole team. Beware, because if you're killed, you'd be out of the match. If a team hasn't won within 3 minutes, the map border would force the players to come closer to each other, in order to initiate a fight. 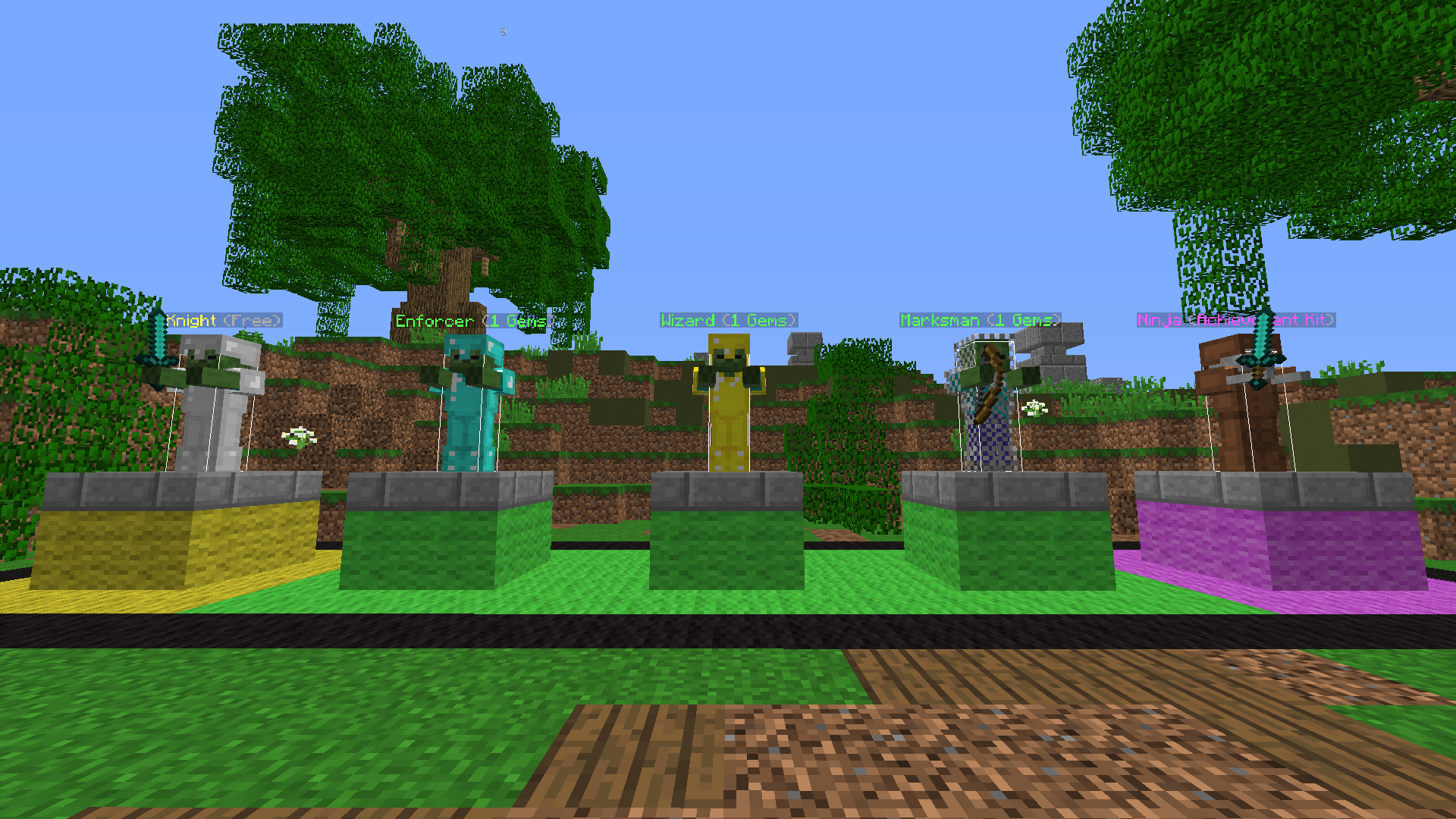 TDM features 5 unique "custom kits", or as we refer to them - classes. There are 5 different classes for you to choose from:

Knight - The free and default class. This class spawns with iron armor and with 14 hearts, making it the tankiest class in the game. With its abilities, it can be used as both an offensive class and a defensive class.

Enforcer - The heavy offensive class, the player spawns with full diamond armor and 10 hearts. This class could mainly be used on the offensive role and going for the kill and is not encouraged to be played as support.

Wizard - By far the most intuitive and versatile class. There is a variety of ways to play as the Wizard class, meaning that it can both serve as a good offense and a good defense. The player spawns with golden armor and 9 hearts, but don't let that make that underestimate the class.

Marksman - The only other class apart from Ninja with a bow. This player would spawn with full chainmail armor, and with a variety of abilities to serve as a supportive sniper type of class. While fighting as a melee marksman is possible, it should only be used as a last resort. It should also be noted that Marksman arrows are the fastest.

Ninja - Last but not least, the Ninja class. This is an achievement class, meaning you must complete all achievements in order to use. It has several passives, along with reduced fall damage and permanent Speed II effect, and spawns with leather armor and 8 hearts. Its abilities are more to be used for mobility and stealth. Not recommended for solo combat unless you know what you're doing. Very skill-based, players who've just got the class may have trouble using it. Never attack head-on, be unnoticed and have the element of surprise to aid you.

There are several items within the game, that each class spawns with:
Iron Axe - Required for activating the axe skill for each class
Sword - Each class gets its own sword, diamond sword for Enforcer and Ninja, iron for Knight and Marksman and golden for Wizard.
Bow - Given to Ninja and Marksman.
Mushroom Soup - Heals 2 hearts over a few seconds

I would like to mention that while the main server idea and builds are being made by the day, to make all of this happen there is a heavy requirement for a Skript developer, as you've probably read above. If you are a Skript developer, please consider contacting me on my discord, HunterLux#7728.

Thanks for reading! Feel free to reply with more suggestions.

9 months ago
In need of a Skript developer

In need of a Skript developer

Doesn't work, you sure you got it right?

9 months ago
In need of a Skript developer

In need of a Skript developer

Preparing a pvp-based server out of the norm for CubedCraft, and in need of a Skript developer. Hit me up for details with my discord, HunterLux#7728